On February 22nd, 2015, Ansel Elgort presented at the Academy Awards! He took his mother as his date.
Grethe Holby (Ansel's mom) was wearing a red dress designed by Azzedine Alaia. Ansel wore an excellent navy blue tux by Prada. They were both decked out with jewelry from Harry Winston! A watch for Ansel and gorgeous earrings for Grethe! 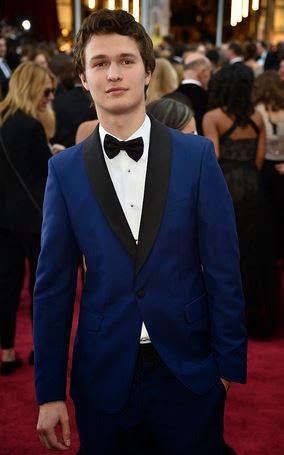 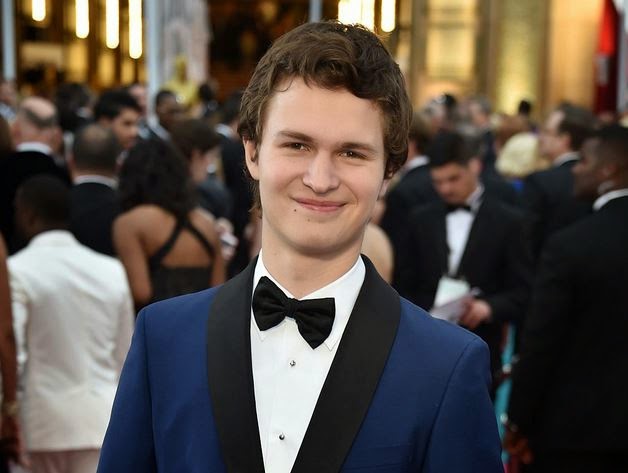 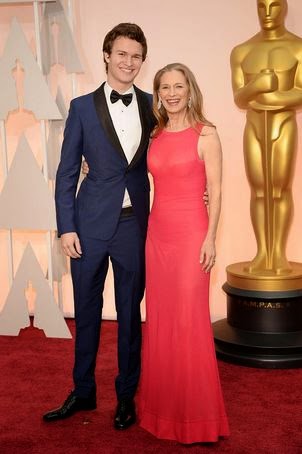 Ansel and Miles share a moment on the red carpet. 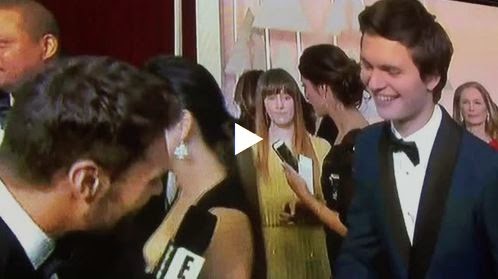 Ansel being interviewed by Josh Horowitz for MTV.

Ansel being interviewed by Marcus Johns for Fandango.

Here are some instagram videos of Ansel and Chloe Moretz presenting the award for Visual Effects!

This is Neil Patrick Harris's intro of Ansel and @chloegmoretz. "Two actors who are not only well on their way to amazing acting careers, but before they were born I had already lost a Golden Globe." 😂😂 - thanks so much to @bbooknerdd for sending me this!
A video posted by My name is Jaime ;) (@ladyoferudite) on Feb 22, 2015 at 7:34pm PST

Ansel and @chloegmoretz just presented the award for Visual Effects!!
A video posted by My name is Jaime ;) (@ladyoferudite) on Feb 22, 2015 at 7:05pm PST

And the second part of Ansel and @chloegmoretz presenting the Visual Effects award 👏👏 (thanks @bostongal_ sending me this part! I forgot to do it myself 🙈. I wish I had gotten Neil Patrick Harris' joke introducing them!)
A video posted by My name is Jaime ;) (@ladyoferudite) on Feb 22, 2015 at 7:10pm PST 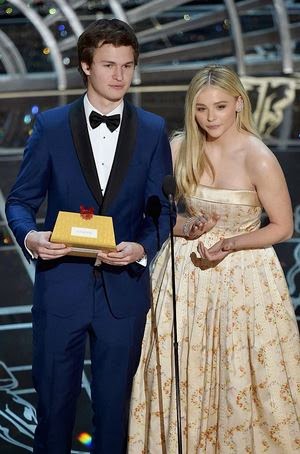 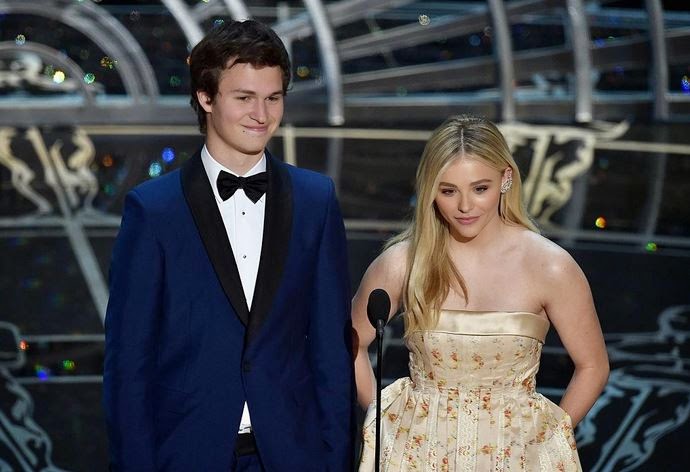 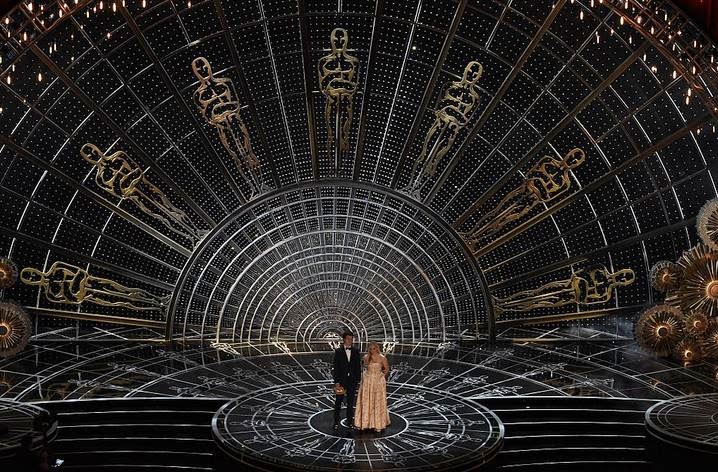 Ansel and Grethe got some air time!

Ansel posted this selfie on Chloe Moretz's instagram during the Oscars but she deleted it within a few minutes. Thankfully a fan on instagram managed to screenshot it in time!

Ansel, Chloe Moretz, and her brother Trevor Duke Moretz having fun before the Oscars in their seats.

Another cute selfie of Ansel and Chloe. Trevor Duke Moretz shared this on his instagram. 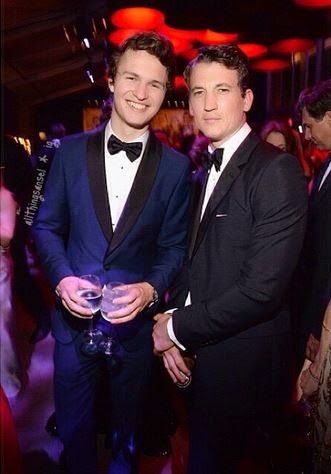 Ansel and Miles Teller at the Vanity Fair after party. (Sadly I couldn't find the source for this photo so I have to share the one with someone's watermark on it. It really bugs me when people won't share their sources. We all know you didn't take the photo... who are you trying to kid? UGH)

Ansel Elgort's portrait by Mark Seliger (he had a portrait studio set up at the Vanity Fair after party!) 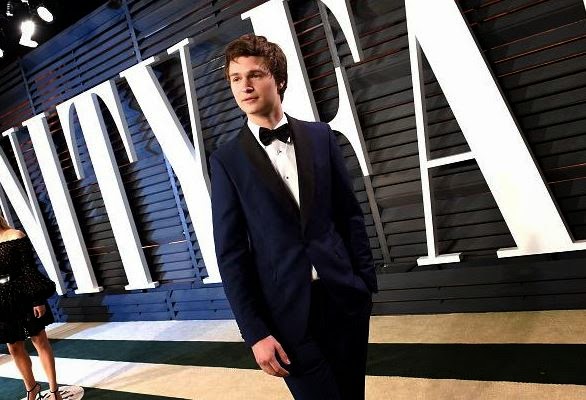 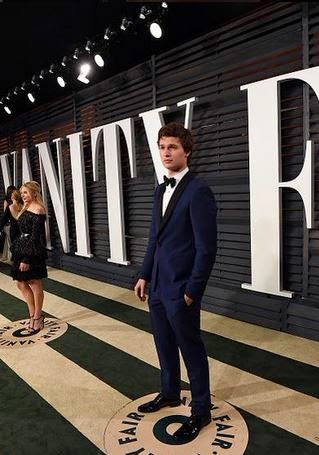 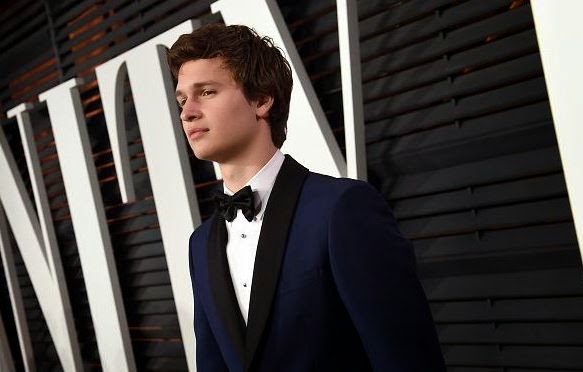 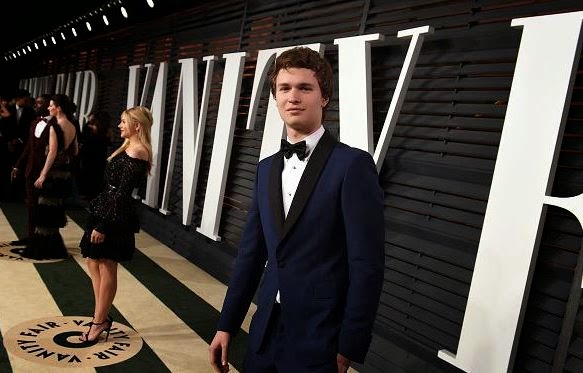