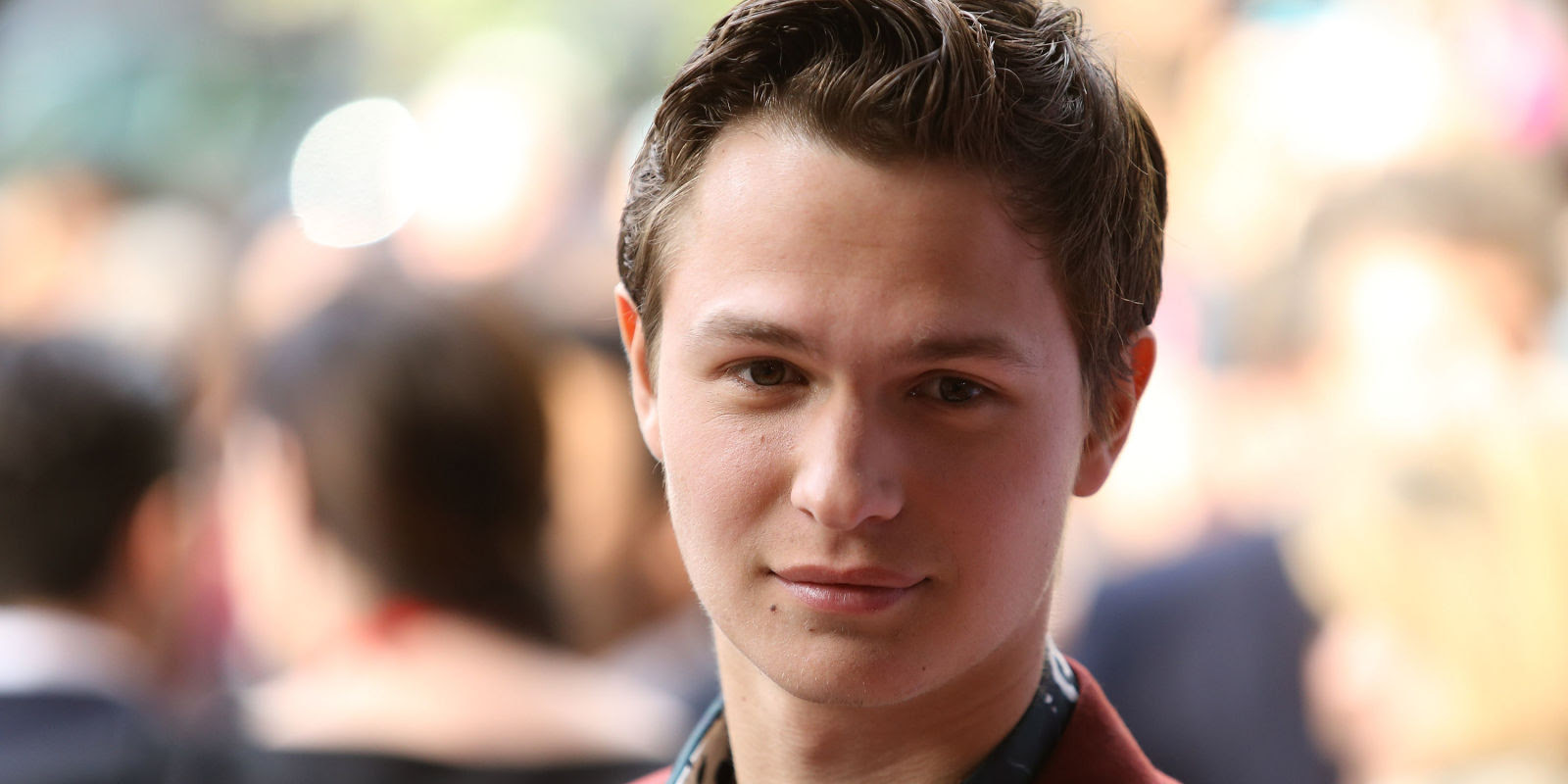 I never thought I'd see the day that Ansel spoke so openly about his love life, but apparently that day is here. This interview with Elle Magazine is in their March 2015 issue.  Honestly, I can't believe so much drama came out of this article. It doesn't help having every major news source tweet about it saying "Ansel Elgort lost his virginity at 14" and then only sharing that segment of the interview. Not great for his image. But the other comments about sex, I think that's what really got to people. Mainly because 90% of his fans are younger than 20. I just think sex is still taboo for that generation, so the fact that Ansel is acting like a normal, healthy adult about it spooks them. It's unfortunate. They should listen to him and learn from him. Because it's true, as humans it's in our nature to seek sexual satisfaction, so once you've found it why waste it? That's the human way. And as for wanting to find that special someone who shares your interests (like going to an EDM concert and then enjoying some video game time), what's so wrong with that? Maybe he didn't say everything so eloquently, but he's a real dude. You can't fault him for that.

For a generation of young women, Ansel Elgort may always be Augustus Waters, the cancer-stricken heartthrob in last year's heartbreaking romance The Fault in Our Stars. You can't blame them. Gus is basically Prince Charming with an iPhone. It turns out Elgort—whose father is renowned photographer (and sometimes ELLE contributor) Arthur Elgort—is a hopeless romantic too, often speaking as if he's been sprung from a Shakespearean sonnet. If the 21-year-old actor is so in touch with his emotions, perhaps that's because he graduated from Manhattan's LaGuardia High (aka the Fame school) and spent his summers at Stagedoor Manor, the storied theater camp in the Catskills with alumni such as Natalie Portman and Lea Michele. The dude knows drama. This month, Elgort (who deejays under the name Ansolo and will appear in Prada's spring/summer ad campaign) reunites with his Fault costar Shailene Woodley in Insurgent, the second installment of the Divergent film series—which still may be less intense than what happened the night he lost his virginity.

What were the girls like at LaGuardia?
Ansel Elgort: LaGuardia is a wonderful, wonderful place. If you're like me and you love dancers, you just have to walk up to the eighth floor and you can get one.

You make it sound like adopting a puppy.
[Laughs] That's a terrible way of saying it! No, you can just go up there and try to flirt. I like strong women. Physical women. My dad photographed a lot of beautiful dancers. My mom was a dancer. I love when a girl is like, "I can't hang out. I have to go to class." And I go pick her up and she's all sweaty in a leotard with her hair in a bun. That's the hottest thing ever.


Your father also photographed models. Were there nudes all over the house?
Oh, yeah. There were more in the studio. I loved going to his studio. I'd disappear into his darkroom for, like, an hour, looking for all the boobs I could find.

What did your mom teach you about women?
My mom is very romantic. As is my dad. They appreciate real romance.

Are you a romantic?
I like to go on really nice dates. I've made some money, but I don't spend it on anything besides my rent. But I go to nice dinners. And I like to go with a girl. I prefer being with a girlfriend longterm. I prefer to be with someone I can trust. I'm more into that.

You're 21 years old. Don't you want to sow your oats?
I like romanticizing romance. I don't know how open I'm supposed to be here.

As open as you'd like to be.
I think I could say this: If you like someone and the sex is really good and you enjoy spending time together, why wouldn't you make that person your girlfriend? Why go around dating random girls and having terrible sex when you can be with someone you really like?

Augustus Waters is a little weird. He calls Hazel by her full name, he stares at her, he tells her he's a virgin…
He's genuine deep down. But on the surface he's playing this character that he thinks is the cool, perfect guy. Honestly, that's how I've felt when I've been single and talking to girls. Like, This is who they want Ansel Elgort to be. I talk slowly. I stand up straight. I feel like, Yeah. They're totally being charmed. It's working. It's working. But I don't feel like I'm being myself.

Who is the real Ansel Elgort?
I'm a total goof. When I'm being really comfortable with my friends, I can be very goofy. I'm open with how I feel about someone.

What did Shailene teach you about women?
Shailene is very different. I wouldn't use her as an example of what most women are like. She hates people pleasing. She wishes the world could be a place where we could be really honest and true to our emotions.

I read somewhere that she made a natural deodorant for you, but you wouldn't use it. Why not?
I didn't really see how you could put it on. It was in a jar. I just didn't like the idea of putting a cream on my armpits.

You once tweeted, "My paradise is sitting on the couch, producing and playing Grand Theft Auto." Is it hard to find a girl who enjoys that?
It is. But I have that. So I'm happy.

You're dating someone?
Uh, when does this story come out?

Why? Do you have a date you're going public with?
People are going to find out eventually. It's no one famous. To be honest, I don't mind talking about my experiences in life, but details aren't for everyone. But if you can find a girl who you can go to an EDM concert with, have a conversation with, who will sit on the couch and watch you play GTA for three hours—and then you go to bed and have amazing sex? That should be your girlfriend.

What can you tell me about your first time?
I was 14. I had no clue what I was doing, and neither did the girl.

What would you have done differently?
I didn't even make the lighting good. That'd be one thing I'd do differently. It was, like, fluorescent, bright bedroom light, like, over the covers.

Did you wait a long time to do it again?
No, no, no. Definitely not. The only thing that made me feel better was doing it again.

Okay. Thank you for your time.
Don't make me sound like a playboy, because I'm not.

You're into monogamy! We've established that.
Yeah. Cause if someone I'm monogamous with reads this, I don't want them to be upset if it sounds like I'm a playboy.