"The film arrives on Digital HD on July 21 (with Blu-ray and DVD to follow on Aug. 4), and in an exclusive clip from a behind-the-scenes featurette, Roth talks about how the simulation scenes opened her eyes to storytelling possibility and the power of cinema.

“In the movie, you can show [the series of simulations] in such great detail, and they can become so much bigger, and so much cooler, and so much stranger than you ever imagined,” she says. “So for me, that’s been the best part of seeing this movie get filmed, is just how huge and crazy the world has become.”" 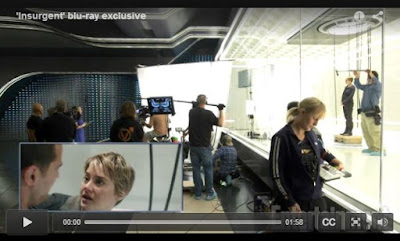